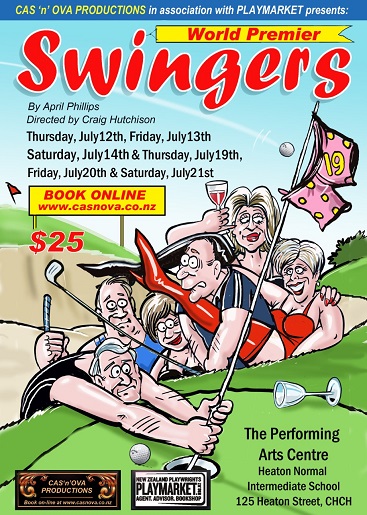 Golf: a game so annoying it was invented by God to punish people who retire early. Ralph, Archie and George have been golf buddies for donkeys’ years and now they’re retired and spending more time than ever on the course and in the 19th hole. Their handicaps are higher than ever and their morale is low. Their long-suffering “golf widows” have had enough. The girls want to enjoy their golden years and put some spice back into their lives. Can these old timers get their marriages out of the bunker? Who will win the battle of the sexes? Will the game drive a wedge between them? Is there sex after sixty five? This hilarious new comedy by April Phillips (“STiFF”, “Death & Taxe$”, “Bonking James Bond”, “Snip”) promises to be right on the ball for both lovers and haters of the gentleman's game.